After preparing to save the studio from destruction, it appears now that we only saved it for the banks. Shortly following the above journal, that you may want to read first, it became widely known that the economy was tanking. We're in the midst of a cascade failure that, unless something positive happens really soon, will cost us our studio and the two large sculpture commissions still in process because we won't have anywhere to work; let alone the funds to complete them.

As you may well imagine, we've been in a bit of a fragmented state since the first big fire was deemed contained. Another got a start and became of concern. It ended up not posing a problem but we had to pay attention to it while it was running and couldn't fully stand down. The fires cast a long shadow onto the months that followed and we're having trouble recovering from such a large hit. A CHRISTMAS SEASON TO REMEMBER Our fire guys delivered Santa all around our neck of the woods to the properties with kids on Christmas Eve. It's the only time we like hearing fire trucks. We drove down the mountain and into town a bit later and rescued a forlorn Noble Fir that no one had chosen; to give it, and us, a nice Christmas. Can't justify the cost of a tree this year but when their fate is to be left for the chipper, it seems the right thing to do. Otherwise, it lived for naught. We decorated her with our own art glass ornaments and some heirlooms I've had for years. She's beautiful and very happy. Her aroma fills the studio and we feel the spirit... at least for a while. We are happy, too, even in the face of everything that is happening. Not as happy as we could be but, under the circumstances, I think we're doing surprisingly well; although today was not so good in that regard (two fights erupted out of nowhere, so that may have worn off). Scared at times. Confident at others. Frustrated at most but we're not giving up! We have our health. We have our intelligence; being a couple of the brighter bulbs in the hardware store, but that's not buying the groceries right now. There's too many good things to create and no one does it like we do. I don't believe that we were brought into this world to give all that up, sling burgers or go work for the stone guy across the street who has two houses, two trucks, three cars, a backhoe, a boat and a Harley. Not that I haven't done those jobs, and more but, after having progressed all this way in our creative careers, this is just wrong on so many levels. BACK UP TO MAY WORKING IN FAITH We were deep in the middle of a huge project that demanded nearly all of the resources of the studio for months, developing a new technique of casting glass that looks like transparent rock; surface texture, inclusions and all. After many tests, we were successful and constructed an illuminated prototype, 5.5 feet tall--750+ lbs., to be delivered to a ski resort up on top of a mountain in Utah. The project would span a number of years, due to the short season in which to assemble the large structures on-site. There are a lot of them and they're big. Tallest is 35 feet. They said they'd place a six-figure check into our hands at the prototype viewing on the mountain. We delivered. They didn't. Said:

"Do not incur any more charges."

Too late. In good faith, we had invested heavily in necessary equipment to do this on their schedule, believing that they were going through with the project as they said. Later learned that they wanted to buy another ski resort one mountain over and stiffing us for the check was one step closer to that goal. This was a big hit to our financial position and a bigger blow to our psyches. We were devastated and on a business trip to a conference where we had to put on a happy face; all the while being scared to death. Now, there would be no income from the process that we developed for them and could put into background production while we worked on other commissions. No income to pay for the cost of the equipment and the glass stock to use in making their project a reality. We can eventually use it for other things, yes, but the promised production phase was what was needed to keep it all going. We have a workshop designed and were going to build it using a portion of that money. Then we could work on many concurrent projects more efficiently and in any weather. Our prototyping hot glass shop is built on a sleeping porch off the studio, so we are constrained some by weather. When it gets cold, the glass "skins" too quickly after exiting the furnace and it becomes difficult to work. The workshop would take care of this handily. Still plenty of ventilation but we could control the conditions, with room to house all of the many tools of many types that we need to do what we do. The workshop would have to wait but the big factor was the now narrow margin we faced. DOING THE RIGHT THING - EVEN IF IT MEANS YOUR LIFE Then, the big fire struck. With it, came the unexpected and very large expense of the fire fighting system built to put our lives on the line defending our home and place of business and workspace with all of its equipment and two large commissions that need all of the above in order to be completed. We had no choice. Two and a half months gone taking care of ourselves and preparing for the worst. AN ARMY TRAVELS ON ITS STOMACH Cut off the supply lines and everything stops. Cut them off long enough and people die. SO DOES RESEARCH AND DEVELOPMENT Then a middle manager decides that it would be a really great idea to withhold an interim payment because we are "taking too long" to produce their project when, in reality, they created the primary delay by taking more than 8 MONTHS to read a single piece of paper, sign and return it to get their project into our schedule in the first place! Back then the schedule was open. That's why we said we could do it when they first asked—14 months before they managed to get the contract out the door. During this time, the towers project, above, did come in and of course took focus as it should. First come, first served. What do they think, we're going to be working on their complex mechanism without a confirmation that they actually want it!?? We'd been working their project full-force since the glass towers went on hold when an Act of God commanded our full attention. Everything was all concern for our well being while it was going on but shortly after that ordeal was over it was as if nothing ever threatened our existence at all and we were sitting on our hands the entire time. We take a meeting and the first question, after months of correspondence, is:

"Have you never built one of these before?"

I just tried to not show any amount of aghast as I stared blankly across the table for what seemed like waaaay too long. In my head I said:

Um, what is it about: "Yours will be the first of its kind" and "Developmental Project" don't you understand?

The second question was:

As was the third, and the fourth, and the fifth, Am I in an alternate Universe, here? We are making breakthroughs on a very complex, never before built project nearly every day. Breakthroughs come in their own time. You cannot schedule them. You can work on them very hard but rushing them into existence is just plain not possible. You'd think that people at a college would be familiar with the term and concept of research, even if they don't actively do any themselves. Look up the definition of "obtuse" in the dictionary and it shows their picture. We want it done MORE than they do. Withholding the interim payment, the payment that is to fund the construction phase, has a decidedly negative effect. Then compound the situation by setting a "Drop-Dead" day and further exacerbate the strained situation by being abusive and threatening all through the process. Even with their project as far along as it is, if I had the money, I'd pay them off to get them out of our lives. FIRST PRIORITY IS TO KEEP THE STUDIO RUNNING Without it, there's no place to do what we do. With their not funding their own research, there is little that we can do to move their project along (some of the materials are very expensive—as is skilled help to do things that we do not have the equipment for, like machining), so we've turned in part (we still work on their project, just not as often or as long) to small commissions and short term product production to keep some amount of cash flow going. Being forced to do this, only one person can work on their project now, when it is possible to do anything at all.. Smart. ONE GOOD GLOBAL MELTDOWN CAN RUIN YOUR WHOLE DAY Then, just when we really need something positive, however small, the banks tank the economy and print and art glass sales go into the basement. Perfect. THEN IT GOT COLD The storm door opened very early this year and blowing glass is curtailed for a while until it warms up a bit. The mountains that were once in towering flames are now shrouded in peaceful snow; something we don't get here very often at all. Surreal to think of it. Being East coast people, we love it because it happens so infrequently. If it snows while I'm working at night, Joy has strict instructions for me to wake her up so she can enjoy it. But we could really use the warmer weather right now. Because of this unlikely but very real string of events, our reserves are gone. We've been essentially unable to work for more than five months. If any one of these events (except for the snow) hadn't happened, we would have been okay right now. All we have to do is find a way to keep the bank at bay and we'll bounce back and be in good shape. It'll be near the ultimate insult if we invested all of that money and all of that effort on the fire fighting system; only to have saved the studio so the bank can then sell it out from under us. If we could find a nice home for this nice 40' Solar System mobile we've got here, we'll be in great shape and GET BACK TO WORK! Thank you for following along on our adventure; one that we'd just as soon not have embarked upon. Best wishes to you and yours in these stressful times. May you find your way and not be compromised by them. 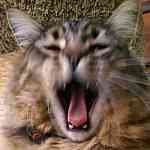 Short URL for this post: //spherical.org/s/2v
More from “The Art & Engineering of B.E.Johnson”

Head In The Sand
Wine Stopper Photography! At Last!!
Post Your Response: